Israeli security personnel have once again managed to prevent Arab terrorists from wreaking havoc, mayhem and untold tragedy upon the People of Israel.

Twin sisters from the Arab village of Shuweika, near Tulkarem were arrested in a joint sting operation last month by the IDF and the Shin Bet for plotting a terror attack against Israelis.


It’s the third terrorist cell to be caught in the Tulkarem area in recent weeks.

The forces confiscated homemade explosive materials in the home of the two sisters, 18-year-old Diana and Nadia Huwila, according to the IDF.

Hidden in the home was a fully assembled bomb complete with a detonator, the IDF said in a release cleared for publication.

Also uncovered in a search of the premises was bomb-making equipment, including a knife, fertilizer and other weaponry, as well as Hamas propaganda.

Questioning by the Shin Bet revealed that Diana had purchased the bomb components and used instructions obtained on the Internet to assemble them into an explosive device for use against Israeli targets. She had spent hours watching extremist Islamist videos online, which had contributed towards her radicalization. Nadia aided and abetted her sister, hiding the evidence in the home the two shared.

Over the past several days, the two sisters faced indictments on charges in Samaria Military Court. Diana has been charged with a number of illegal weapons offenses and producing an explosive device. Nadia faces only the illegal weapons charges.

“This investigation emphasizes once more the continued motivation to carry out terror attacks, even among those who are not [directly] linked to terrorist organizations, and among them, women,” the Shin Bet said in a statement. 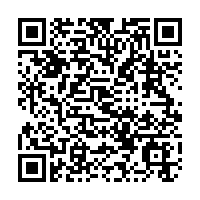