The Air Forces of the United States and Israel began the bi-annual Blue Flag joint exercise Sunday at the Ovdat Air Force Base in northwest of Eilat.

The joint drill reflects the ongoing American-Israeli cooperation, regardless of the exaggerated “bitter relationship” between Prime Minister Binyamin Netanyahu and President Barack Obama.


The exercise, which includes other allies, creates a multi-national learning environment, including fictional countries, in which participants can practice planning and execution of large air force operations. 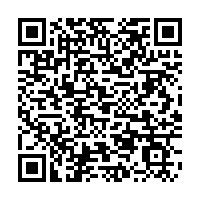