(JNi.media) A group of Thirty Breslov hasidim who on Saturday night entered Joseph’s Tomb in Shechem, on the orders of the leader of the Shuvu Banim spiritual leader, the fugitive Rabbi Eliezer Berland, were attacked by local Arabs and five of them were arrested, Kikar Hashabbat reported.

In a recording distributed among the hasidim, Rabbi Berland is saying:

“Everyone will take buckets of lime, will travel Saturday night to arrive there at two in the morning, fill the car up with buckets of lime, whitewash and water, and immediately will mix the lime with water and begin to paint the gravesite anew. Let four or five cars go out there and whitewashed the tomb, take gloves and everything.”


The assignment came following an attack on Joseph’s tomb Thursday night by Arabs who firebombed the site and set it ablaze.

The hasidim entered Shechem without coordination with the security forces, but Palestinian police spotted them and prevented their entry with cocked weapons.

IDF Nachshon Brigade soldiers, in coordination with Palestinian police, removed the hasidim and transferred them to the Israeli police. Five of them, including three minors, were detained by police in the city of Ariel in Samaria. Meanwhile, the Arabs set fire to one of the Breslov hasidim which had been left behind at the tomb.

Ben-Gvir added: “I demand that police transfer my clients immediately for medical treatment. It is inconceivable that after the severe trauma they experienced, the police would hold them when they need care. They should arrest the terrorists in uniform otherwise known as Palestinian policemen. It has been proved once again that whoever gave them weapons was playing with the lives of the citizens of Israel.”

The name of one of the men wounded in Shechem is Samuel Nachum Ben Sheindel. 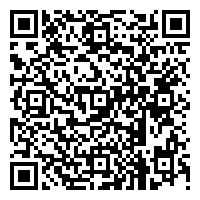