The U.S. and Israel don’t agree on the meaning of the same intelligence reports on Iran’s nuclear program, the U.S. top general argued at the beginning of a visit to Afghanistan and Iraq, AFP reports.

Chairman of the U.S. Joint Chiefs of Staff General Martin Dempsey said on Sunday that Israel sees the threat posed by Iran’s nuclear ambitions as something that could endanger Israel’s very existence.


Dempsey said he and his Israeli counterpart Benny Gantz “compare intelligence, we discuss regional implications. And we’ve admitted to each other that our clocks are turning at different rates.”

“They are living with an existential concern that we are not living with.”

And if Israel were to launch a unilateral strike against Iran’s nuclear sites, Dempsey said the U.S. military is under no obligation to back those bombing raids, nor would Israel expect it.

Speaking to reporters aboard his plane before landing Sunday night at Bagram air base in Afghanistan, Dempsey warned that air strikes by Israel would at best delay but not destroy Iran’s nuclear project.

“You can take two countries and interpret the same intelligence and come out with two different conclusions. I’d suggest to you that’s what’s really happening here,” he said.

The four-star general is also not eager to intervene against the Syrian regime.

Asked if the U.S. will enforce a no-fly zone over Syria, Dempsey insisted such a move would tax military resources which are better used to deter Iran in the Gulf.

“I am helping shape the discussion (on potential military options for Syria),” he said.

“And I’ll tell you we have to clearly define our national interest. What you do in one place, whether it’s Syria or the Strait of Hormuz, there are trade offs. It’s a conversation that we should proceed with cautiously,” he concluded. 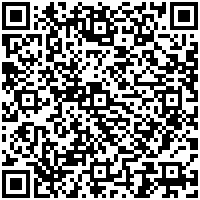