Israeli Prime Minister Benjamin Netanyahu canceled Groisman’s planned visit this week. Ukranian media reported “the decision to cancel the visit was taken as a sign of protest against the fact that Ukraine, which is usually very friendly to Israel, voted in favor of the anti-settlements UN Security Council resolution.”


“Recently, Israel has supported our country in the United Nations, and together with other countries condemned the Russian occupation of Crimea,” Lyashko wrote. “In response, the representative of Ukraine to the UN Security Council endorsed an anti-Israeli resolution on settlements, instead of at least abstain.” Lyashko also noted that “in addition, in Uman, there were anonymous attacks on a Jewish synagogue,” referring to a pig’s head that had been thrown into the synagogue outside Nachman of Breslov’s tomb and the anti-Semitic epitaphs painted in red at the site.

“All of these events have taken place on the eve of the PM’s visit to Israel, and a Knesset vote on a resolution recognizing the Holodomor genocide of 1932-1933 against the Ukrainian people.”

Lyashko urged the Ukraine’s government to patch up its rift with the Netanyahu government, before the national interests of Ukraine suffer irreparable damage, “which would take a long time to fix.”

Lyashko, who leads the Radical Party in Ukraine, in 2014 led his party to win 22 seats in Parliament. Lyashko claimed responsibility for the storming of a local government building that resulted in the death of a pro-Russia separatist. 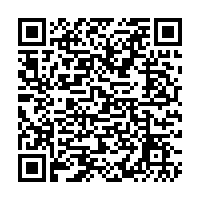