The IDF and the United Nations are both investigating the events that took place in Gaza this summer during Israel’s counter terror Operation Protective Edge, particularly at United Nations-run facilities.

The Chief Military Prosecutor of the Israel Defense Forces, Maj.-Gen. Dani Efroni has opened two criminal investigations: one into the July 16 air strike on a Gaza beach that left four Arab boys dead, and another into an attack at a United Nations school on July 24 in which 14 Gaza residents were killed.


Six teams of military experts who underwent specialized legal training and who are reserve officers have been assigned the task of investigating the incidents. A senior IDF officer was quoted by The Jerusalem Post as saying the teams would be able to render detailed decisions in a reasonable amount of time, inasmuch as they are not part of the chain of command due to their reserve status.

All told, the IDF MAG (Military Advocate General) Corps has opened reviews into 44 events that took place during this summer’s 50-day counter terror Operation Protective Edge. In addition, another 55 cases are to be investigated in the coming weeks, military sources told journalists on Wednesday. Two cases have already been referred for criminal investigation. Seven were closed, three are pending but may go to criminal investigations, and 12 others are being scrutinized.

One of the three pending cases involves a claim by a 17-year-old Gaza youth who said he was detained and held for five days by IDF soldiers. The youth said the soldiers beat him while moving him from place to place. The second incident involves alleged looting by an IDF soldier in Gaza City. The third investigation revolves around the death of a Gaza woman who coordinated an exit from her home, but ended up shot and killed.

Meanwhile, United Nations Secretary-General Ban Ki-moon is also setting up a separate, independent commission of inquiry to look into the events that took place at UNRWA (UN Relief and Works Agency) facilities in Gaza during the war. The separate commission, said Ban, will investigate attacks on UNWRA schools, and destruction of UNRWA facilities, the injuries and deaths of UNRWA employees in Gaza, as well as the use of UNRWA facilities as weapons storage areas by Hamas and allied terrorist organizations, “no matter what.”

The IDF has amassed a myriad of satellite photos and other concrete evidence documenting the exploitation of UNRWA facilities by Hamas and other terrorists.

Ban told the Arabic-language Al Hayat newspaper on Wednesday the special commission would operate independently from that established by the UN Human Rights Council, headed by anti-Israel Canadian law professor William Schabas. The UNHRC investigating committee was set up solely to investigate alleged human rights violations and suspected war crimes committed by the IDF during the operation.

The IDF still has a list of incidents to be checked out, military sources said. A few were closed after it was ascertained no criminal wrongdoing had occurred — for example, a strike on a journalist in Gaza who was later discovered to have actually been a terrorist. He was suspected of transporting a missile in his car.

In another incident, on July 8, eight members of the Kaware family were killed in an IDF air strike on a home in Gaza. Israeli fighter pilots had first fired a small ‘knock on roof’ dud missile to warn the family of an impending attack and the family members did indeed leave the home. But then, inexplicably, they ran back into the house after a second, armed missile had already been fired at the target. All were killed. 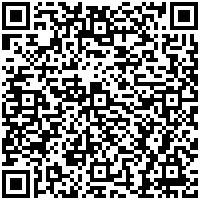