The United Nations issued a stern warning on Wednesday to both sides in the fierce fight for control of the Iraqi city of Falluja, currently under the thumb of Da’esh (ISIS).

UNICEF expressed deep concern for an estimated 20,000 children who are still trapped in the city, located west of Baghdad.


Very few families managed to flee before Da’esh blocked their escape, holding them hostage as human shields when Iraq launched its offensive to retake the city.

UNICEF also warned the children face possible forced recruitment by Da’esh as well. The UN children’s agency called on both sides to “provide safe passage to those wishing to leave the city” but the plea is likely to be more wishful thinking on the part of the agency.

Da’esh has repeatedly proved its cynical use of children with indoctrination of the young at all ages, and forced recruitment when necessary. 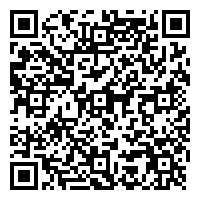