Israel’s secret police Shabak, or rather the Jewish Section of the clandestine organization, is losing its marbles, according to legal aid society Honenu. Over the past few days it appeared as if the organization has been taking advantage of the crossover period between old and new defense ministers to get in all its most outlandish decrees, including issuing long lists of names which several rightwing activists are now banned from talking to. As is always the case with those administrative decrees, Shabak need not cite specific charges or even suspicions against their target, nor do the accused get to defend themselves. But a Wednesday decree issued by Shabak truly sounded like part of the mad hatter’s party in Alice in Wonderland.

In its latest administrative decree, a 15-year-old boy has been banned from staying in his parents’ home in the community of Yitzhar, south of Shechem in Samaria. The same boy was also banned from contacting 26 people, including his 12-year-old neighbor.


The Yitzhar boy must be some Jewish extremist, since he’s just come off a 4-month house arrest, by decree of former Defense Minister Moshe Ya’alon. But last night police raided his home and presented him with two new decrees, which accuse him of “involvement in violent activity against Palestinians.”

One of the new administrative decrees, signed by OC Central Command Maj. Gen. Roni Numa, bans the boy from entering Judea and Samaria, which includes his parents’ home in Yitzhar. The other order, signed by GOC Home Front Command Maj. Gen. Yoel Strick, compels him to remain under nightly house arrest in his grandparents’ home in the Sharon area, inside the green line. That same decree prohibits contact with his younger neighbor, who must be another Jewish extremist.

“Removing a minor from his parents’ home without a court hearing and without evidence is an exceptionally severe move,” Honenu said in a statement, adding that “the ban on contact with 12- and 13-year-olds shows the Shabak is actually spying on these kids, and that the members of the Jewish Section of Shabak have reached rock bottom. When will someone wake up?”

It should be noted in this context that an Israeli politician strongly identified with rightwing Jews has very recently become defense minister and should be supervising the secret police’s shenanigans. Seeing as the new appointee, Avigdor Liberman, hails from a country with a great tradition of Jews being harassed and tormented by the Jewish Section of the secret police, he might want to put an end to it over in the Jewish State. 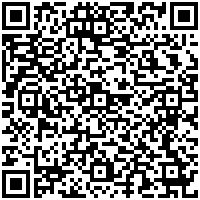