The UN’s 159 member nuclear assembly voted down an Arab League non-binding resolution that singled out Israel for its alleged nuclear arsenal and demanded that Israel sign the nuclear non-proliferation treaty (NPT). There has been a recent attempt by the Arabs to use the focus on Syria’s use of chemical weapons as an excuse and an attempt to refocus the spotlight on Israel.

The resolution was voted down 51 countries to 43, the remaining countries abstained or were not present for the vote.

If it had passed, pressure would have been placed on Israel to sign the NPT and allow in IAEA inspectors.

Israel is not a signatory to the nuclear non-proliferation treaty (NPT) as has not openly acknowledged if it has nuclear weapons or not. It is believed that Israel has more than 80 nuclear bombs.

Iran, which is a signatory to the NPT, is actively seeking to obtain nuclear weapons, has tricked IAEA inspectors, and has repeatedly stated that Israel should be destroyed.

The resolution failed to pass due to the efforts of the Israeli foreign ministry, the Prime Minister’s office, and the Israeli Atomic Energy Commission. For many, this is proof positive that it is possible to actively fight the anti-Israel resolutions that regularly single out Israel for attack in the UN. 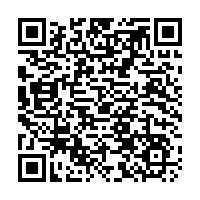