All 100 U.S. Senators have signed a letter urging the Trump Administration to take action on the chain of bomb threats against the Jewish Community Centers, Jewish Day Schools and other Jewish institutions across the United States.

The full text of the letter sent to the DHS, DOJ and FBI by U.S. Senators Bill Nelson (D-FL) and Marco Rubio (R-FL) on Tuesday, co-signed by all 100 senators, follows, courtesy of NBC:

We write to underscore the need for swift action with regard to the deeply troubling series of anonymous bomb threats made against Jewish Community Centers (JCCs), Jewish Day Schools, Synagogues and other buildings affiliated with Jewish organizations or institutions across the country. We thank you for your recent efforts and ask that you inform us of the actions that your Departments plan to take to address threats against these and other religious institutions. We stand ready to work with you to ensure that these centers can continue to serve their communities free from violence and intimidation.

It has become clear that threats of violence against individual JCCs are not isolated incidents. According to the JCC Association of North America, in the first two months of 2017 alone, at least 98 incidents against JCCs and Jewish Day Schools at 81 locations in 33 states have been reported. These cowardly acts aim to create an atmosphere of fear and disrupt the important programs and services offered by JCCs to everyone in the communities they serve, including in our states. In addition to reports of incidents at JCCs and Jewish Day Schools, there have been incidents at cemeteries in both St. Louis and Philadelphia involving the desecration of Jewish headstones. This is completely unacceptable and un-America.

We are concerned that the number of incidents is accelerating and failure to address and deter these threats will place innocent people at risk and threaten the financial viability of JCCs, many of which are institutions in their communities. Your Departments can provide crucial assistance by helping JCCs, Jewish Day Schools and Synagogues improve their physical security, deterring threats from being made, and investigating and prosecuting those making these threats or who may seek to act on these threats on the future. We encourage you to communicate with individual JCCs, the JCC Association of North America, Jewish Day Schools, Synagogues and other Jewish community institutions regarding victim assistance, grant opportunities or other federal assistance that may be available to enhance security measures and improve preparedness. We also recognize the anti-Semitic sentiment behind this spate of threats and encourage your Departments to continue to inform state and local law enforcement organizations of their obligations under the Hate Crimes Statistics Act and other federal laws.

We are ready to work with you to address this pressing issue, and we look forward to your responses about the actions you intend to take to address, deter, and prevent this threat. 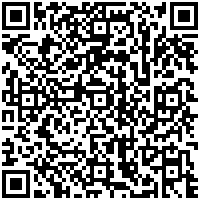