Shuki Gilboa, the 31-year-old man who was wounded fighting the terrorist in Kiryat Arba was taken to Hadassah hospital.

As of Thursday afternoon, the man is being treated in the ICU. He’s conscious, stable and now listed as moderately wounded.


Update: 4:42 PM: Gilboa is being brought into the operating room in order to save the vision in his eye.

The man is a security volunteer in Kiryat Arba where he lives. He was stabbed by the terrorist, but also inadvertently shot by Israeli security forces as they killed the terrorist.

Update: July 1, 2016 2:30 PM: Shuki Gilboa has woken up following the surgery. He is being treated in the ICU.
The doctors were unable to save his right eye.

He has expressed his thanks to everyone who expressed their concern and prayers for him.

Prayers can be said for Yehoshua ben Esther. 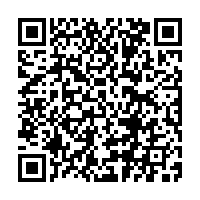