A Washington DC think tank has warned in a new report that American nuclear weapons stored at the Incirlik air base in southeastern Turkey are at risk of being seized by the Ankara government.

That is the conclusion reached by the Stimson Center, a nonpartisan Washington DC think tank dedicated to promoting “global peace and economic prosperity.”

The claim was made in a report issued by the group on Monday, entitled “B61 Life Extension Program: Costs and Policy Consideration.”

“Whether the U.S. could have maintained control of the weapons in the event of a protracted civil conflict in Turkey is an unanswerable question,” the center maintained in its report.

According to co-author Lacie Heeley, “it’s a roll of the dice to continue to have approximately 50 of America’s nuclear weapons stationed at Incirlik Air Base in Turkey.

“There are significant safeguards in place… But safeguards are just that, they don’t eliminate risk,” she told the AFP news agency. “In the event of a coup, we can’t say for certain that we would have been able to maintain control.”

In response, the Pentagon said in a statement, “We do not discuss the location of strategic assets. “The [Department of Defense] has taken appropriate steps to maintain the safety and security of our personnel, their families, and our facilities, and we will continue to do so.”

Thousands of members of the judiciary, police and military have been arrested in an ongoing purge taking place in the wake of a failed coup attempt in Turkey last month.

The government is also continuing its media crackdown on news outlets that appear to be critical of its policies in any way.

Authorities ordered the closing of 45 newspapers, 23 radio stations, 16 television channels and three news agencies this month. Arrest warrants were issued for 47 former employees and executives of Zaman, a media group accused of links to Fethullah Gulen, an elderly Turkish Islamic cleric in self-imposed exile in the United States. 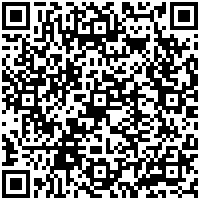