Knesset Speaker MK Yuli Edelstein on Monday hosted six current and former US Congressmen. “We thank you for your contribution and efforts for the sake of Israel’s security,” Edelstein told his guests, Joe Wilson (R-SC), Steven Palazzo (R- MS), Randy Neugebauer (R- TX), Billy Long (R- MO), John Larson (D-CT) and former Michigan Republican Congressman Mike Rogers. They are all known for supporting Israel and many are members of important congressional committees such as the Appropriations Committee, the Committee on Armed Services and the Ways and Means Committee.

The head of the American delegation, former Congressman Mike Rogers, told his hosts: “The need for security in Israel is clear and there are no disputes. We shall continue assisting you on the matter.” His statement were echoed by the Congressmen at the meeting. “Sadly, the United States is also experiencing terror, and we are all together fighting against it with all the means at our disposal,” Edelstein told his guests. He also addressed the Iranian threat and stated that “all there is to do now is to try to get as much as possible from the agreement that was signed with Iran. But also, if only one percent of the money that Iran acquires will reach Hezbollah, we are speaking of huge amounts of money and must prevent it as much as possible.”


MK Michael Oren (Kulanu), chairman of the Subcommittee for Foreign Policy, participated in the meeting and added that “we thank you more than can be described for your efforts for the benefit of Israel, also for [Congress’] approval of the funding for the Iron Dome [missile interception system]. But in the next war, if it occurs, we will need from you a diplomatic ‘Iron Dome’ as well.” 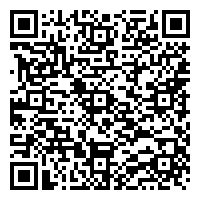