The Zogby Analytics poll, published Monday by Forbes, offered two options to 909 likely voters nationwide: Continue negotiations for a deal that limits Iranian nuclear development and allows for U.N. inspections, with the lifting of sanctions, or stop negotiations and “tighten the sanctions against Iran until Iran is ready to end all nuclear development, even if it means the US losing support of countries like France, Germany and Britain.” The first and more dovish option won support of 42 percent of the respondents, compared with 32 percent for the more hawkish diplomatic alternative.


But in the words of Zogby, “voters do not mind the US encouraging Israel doing the dirty work.” The poll asked:

Do you mainly support or oppose the US allowing Israel striking against Iranian nuclear sites?

The results were startling, with 45 percent supporting an IDF attack and only 23 percent opposing it. The other 32 percent were undecided.

Support for an Israeli military attack grows with age, 44 percent among 18-19 year olds and 49-50 percent for those over the of 50.

Among likely Democrat voters, 36 percent back and 28 percent back an Israeli strike. On the Republican side, the hawks outnumbered the doves by 4-1, with a whopping 59 percent giving their voice of approval to an attack.

Zogby asked, “What should we make of this?” and answered that most likely voters support American diplomacy with both Iran and the major powers, prefer a deal rather than the risk of war but also would like to see a quick solution if Israel can end the nuclear threat.

The questions imply many assumptions that are wrong. Even Israel admits that attacking Iran’s nuclear facilities does not necessarily mean ending the threat. It is speculation whether Iran will bounce back in three or four years and come close to getting it hands on a nuclear weapon, as the Obama administration argues, or will take the hint and invest its resources into more productive areas.

It also is not so certain that Americans think that a U.S. attack on Iran would mean a long war or one that would put soldiers on the ground.

The poll suggests a few other conclusions:

–Americans have lost faith in their armed forces to do what has to be done;

–They really are not sure that a deal will end the Iranian nuclear threat. At best, it will kick the can down the road a few years, maybe;

It is the last suggested conclusion that is the most significant. Israel may not have Obama’s back but when things got sticky, it probably has the back of most Americans, and that has huge implications when it comes to the BDS movement, aid for Israel and the Obama administration’s insistence to pander to the Palestinian Authority. 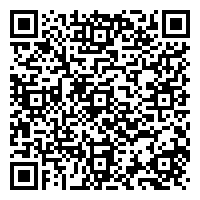