The U.S. is sending more troops and equipment to beef up support for U.S. peacekeepers in the northern Sinai Peninsula, defense officials said Wednesday.

The move comes after four U.S. soldiers and two Fiji soldiers were wounded when their vehicle was hit by a roadside bomb during a routine patrol near the town of el-Gorah, close to their base.

Attacks on Egyptian government security forces and multinational peacekeepers increased after the Sinai-based Ansar Bayt al-Maqdis terror organization pledged itself to Da’esh (ISIS) a number of months ago. Upon its absorption into the larger, international terror organization, the group — which supports the outlawed Muslim Brotherhood in its desire to overthrow the government of President Abdel Fattah el-Sisi — was renamed “Sinai Province.”

At least 75 additional U.S. troops, including a light infantry platoon and a surgical team are expected to arrive in the area, according to the Associated Press.

Surveillance equipment and other assets will accompany the new troops joining the Multinational Force and Observers, defense officials said on condition of anonymity.

There are approximately720 U.S. soldiers participating in the force, which monitors compliance with the 1979 peace treaty between Israel and Egypt.

This Moment Has Set Blacks Back a Half-Century 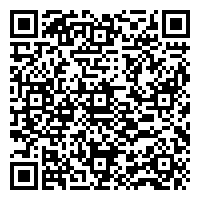