Less than four hours after officially being confirmed in his position, the U.S. State Department sent out a news release to media confirming that Secretary of State Mike Pompeo will travel next week to Brussels, Riyadh, Jerusalem and Amman.

“The Secretary looks forward to meeting key Allies and partners on his first official trip as Secretary of State,” the release said. Pompeo’s first stop is a 24-hour visit to Brussels, where he will meet with NATO Secretary-General Jens Stoltenberg and attend the NATO Foreign Ministerial.

“The Secretary will then travel to the Middle East, where he will meet with Saudi, Israeli and Jordanian leaders to discuss critical regional and bilateral issues,” the statement added.

Pompeo has a long list on his desk, including the official transfer of the U.S. Embassy in Israel from Tel Aviv to Jerusalem; an upcoming decision on the JCPOA nuclear deal with Iran; and the upcoming summit between President Donald Trump and North Korean leader Kim Jong Un.

Now that he has been confirmed, there’s wide speculation that he will also lead the U.S. delegation to Jerusalem for the opening of the new American Embassy in the nation’s capital on May 14.

Pompeo: Iran Will Not Get a Nuclear Weapon on Our Watch 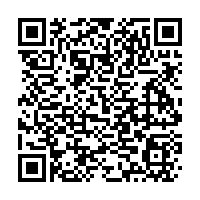