Hundreds of people gathered on the first night of Chanukah in 2015 in Carl Schurz Park to watch the lighting of the Chanukah Menorah of the Congregation Kehilath Jeshurun and Chabad of the Upper East Side on Sunday, Dec. 6.

They “came for music, dancing, latkes, donuts and Chanukah spirit,” according to Congregation KJ’s Facebook page.


Rabbi Elie Weinstock said it “was the best Chanukah in the Park ever!”

But the next morning it was discovered that someone had vandalized the Chanukah Menorah. It was knocked over and “severely damaged.”

The Rabbi said the vandalism was reported to the New York Police Department and New York City officials, and it is being investigated.

But the intrepid rabbi and his colleagues and the members of their congregations “will not allow this act of darkness to interfere with the light of Chanukah.”

With alacrity, the Chanukah menorah was repaired and the entire community was invited to once again come to the Carl Schurz Promenade, just east of 86th Street and East End Avenue, to light the second Chanukah candle on Monday, Dec. 7, at 8:00 p.m.

“Last night we gathered to kindle the menorah, bringing light to the world, and this morning we were met by an act of darkness. Chanukah teaches us that light will always overcome darkness. Just as the Maccabees were victorious in battle, we will always forcefully stand for what is right – and we will win!

“Just as a small amount of oil stayed lit for 8 days, we are confident that the light of tolerance, of faith, of values, and of justice, will light up the darkness in our world today.”

Oops! The headline originally mislabeled the location of the park as being on the Upper West Side. It is on the Upper East Side. 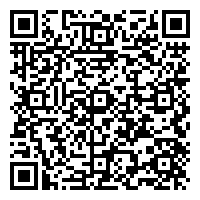