Every year, one of the largest outdoor celebrations of Chanukah in Australia takes place at the public park in Caulfield. The Chabad House in Caulfield hosts Chanukah in the Park, an event which attracts up to 15,000 people each year, according to Australian media.

But this year the event will not take place.


Chanukah in the Park, originally scheduled for Dec. 13, was canceled in the wake of the Paris terrorist attacks. Participants received a notice from the organizers that the event would be canceled “due to security risks and concerns especially in light of the current international situation and advice against large outdoor events.”

Instead of the huge outdoor celebration, the event will move indoors for a smaller “and more secure” Chanukah Fun Day at the Chabad House.

Although the email advising participants about the cancelation came from event organizers, the president of the Jewish Community Council of Victoria, Jennifer Huppert, condemned the decision.

Members of the Melbourne Jewish community were disappointed in the cancelation. One commenter wrote: “darkness should never, ever stop the light.”

A check of the calendar for Jewish events in Melbourne still lists the “Menorah Lighting at the Parliament” which is scheduled to take place on Dec. 7, starting at 7:30 p.m. 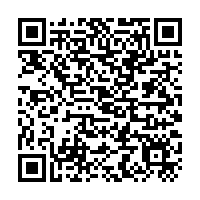