(JNi.media) Presumptive Republican candidate Donald Trump is often referring to his daughter Ivanka as an Orthodox Jew (which she is), but Israel’s high rabbinical court on Wednesday raised the question in everyone’s mind as to whether the court might agree with him or not, along with the rest of the converts who used the services of Rabbi Haskel Lookstein, an Orthodox Rabbi who serves as the spiritual leader of Congregation Kehilath Jeshurun on the Upper East Side of Manhattan and was principal of the Ramaz School. Perhaps the rabbinate would next revoke the diplomas of the Ramaz graduates as well…

It should be noted, though, that despite our catchy headline, Ivanka Trump herself was converted under the Rabbinical Council of America and the Israeli Chief Rabbinate “Geirus Policies and Standards” network (GPS) agreement, and so her conversion is not, in fact, in jeopardy.


The high court debated on Wednesday an appeal regarding a ruling of a lower rabbinical court in Petach Tikvah, which revoked the Jewish status of a convert because she had been converted by Rabbi Lookstein, and Rabbi Lookstein was not on the approved list of rabbis submitted by the Rabbinical Council of America (RCA).

The high rabbinical court panel was headed by Dayan (judge) Rabbi Nahum Gortler and with the dayanim Rabbi Yitzhak Elimelech and Rabbi Maimon Nahari — all three being recent appointments for whom this has been their very first ruling in this capacity. Which may explain why they chose to ignore the public and strong urgings of both Sephardi and Ashkenazi chief rabbis to accept Rabbi Lookstein’s conversions.

The high court decided to deny the Lookstein conversion, thus essentially annulling all his past conversions and called on the petitioner to undergo a “giur l’chumra,” which essentially means a new conversion. She was instructed to repeat before the high court panel that she had faith in the one God, and that she accepted the yoke of the rabbis on halakhic matters. The court ruled that when she dips in the mikvah before her wedding it would count as the halakhicly required dipping for the conversion as well.

The petitioner endured the procedure, actually showing she was indeed accepting the rabbinical yoke and then some, but outside the court she said, “I feel humiliated, they were actually saying they’re not recognizing my being Jewish. I love Rabbi Lookstein, he is my rabbi, he brought me into the Jewish world, and I don’t want his conversions not to be recognized.”

Natan Sharansky, Chairman of the Executive of The Jewish Agency for Israel, which handles the vast majority of Jewish immigrants to the Jewish State, responded in a statement to the Wednesday ruling, saying, “Today’s decision by the Supreme Rabbinical Court, which effectively de-legitimized a prominent rabbi in the American Jewish community, demonstrates why Israel is in danger of being delegitimized as a center of religious authority in the eyes of world Jewry. I call on the Government of Israel, which recognizes the vital importance of the Israel-Diaspora relationship, to take immediate steps to change the attitude of Israel’s religious authorities toward the spiritual leaders of the Diaspora.”

The rabbinical courts administration said in statement that “since the issue of setting the criteria for recognition of the validity of rabbinical conversions abroad is in discussion at the chief rabbinate of Israel, the Rabbinical High Court decided not to enter the issue of the validity of Rabbi Haskel Lookstein’s conversions and approved the petitioner’s right to get married after the court had been impressed by her sincerity and she accepted with a full heart the yoke of Torah and Mitzvot — in order to facilitate the petitioner’s speedy marriage.” 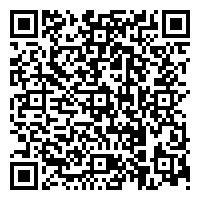