At the end of last week, for the first time in its history, free democratic elections were held in Libya for the 200 members of the Transitional Legislative Council; 120 “independent” members, meaning representatives of tribes and cities, and 80 representatives from nationwide political parties. As of this writing, the official results have still not been publicized, but according to the assessment of observers, Islamic forces have won a minority of seats in parliament. It should be mentioned that during the past year a Salafi jihadist stream led by Abd al-Hakim Belhadj appeared in Libya, which was a cause of very great concern to some external observers.

Libya is a desert country, part of the dry, arid Great Sahara Desert. Life in the desert constrains its residents to live within a family framework, the size of which is limited by available sources of livelihood in the desert environment. Near a spring and its vegetation, which provides food and drink for them and their flocks, they would prefer to remain within a larger framework which would enable them to defend the sources of their livelihood. But in this arid environment of scant resources, they practice that which Abraham said to Lot in the Judean Desert “Please part from me” (Genesis 13: 9) and thus they live within smaller frameworks. The smaller the group, the more solidarity, toughness and cruelty is demanded in order to defend itself, its sources of livelihood and the honor of its daughters and wives from outsiders,


In Libya there is another factor which has had the effect of increasing tribal cohesion, and this is the dictatorial control of Qadhaffi. In the context of life under a dictator, in which the tribe also serves as a defense of the individual against the oppression of the regime, the regime must work with the tribe, which defends the individual, in such a way as to arrive at agreements with the tribe and to honor its autonomy, its leaders and its laws and customs. The desert tribe gives its members immunity from the state apparatuses; the situation of the Bedouin in the Negev vis a vis the Israeli government and in Sinai vis a vis the Egyptian government, are a good examples of this.

The conditions of the desert together with the dictatorship of Qadhaffi created a situation where the great majority of the Libyan population was engaged in an ongoing battle against the forces of nature and the cruelty of man. This situation strengthened the tribal frameworks and turned them into fearless and merciless fighting militiamen. The difficulties create toughness, the battle justifies violence and the problems strengthen solidarity. This situation explains why Qadhaffi had to be so cruel in order to impose his rule upon the population, because there must be a match between the level of violence practiced by a society and the violence that a regime must use in order to subdue a society to submit to his authority for an extended period. There are rumors in Libya that the number of kalashnikovs possessed by the populace is twice the number of residents. Even if this rumor is an exaggeration, it is not far from the bitter and violent reality of this state, because people have weapons and will use them whenever a disagreement arises between them, and where a society engages in blood feuds, it is very difficult to put an end to them, and they continue for a long time and cause many casualties.

The Western democratic model is built on a basic rule, which is that everyone – individuals as well as groups – is constrained not to act with violence but to conduct disagreements and conflicts between them in a legitimate way, not by violence. Another rule is the importance of the individual who goes to the poll and votes according to his conscience, not according to the dictates of his family. However the elimination of the tribal framework and its function is an impossible task in the short run, and therefore young democracies must allow traditional, ethnic, tribal, religious and sectarian frameworks to express themselves, within a young democratic system. This forces it to fight for its legitimacy and survival vis a vis long-standing frameworks that are traditional, legitimate, strong, and sometimes violent . 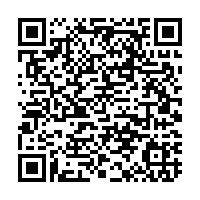