Arabs and Jews are spray painting respective war zone graffiti in areas of the capital this week.

In most Arab neighborhoods, one can find ‘Death to the Jews’ and a few swastikas spray-painted in Arabic and sometimes in Hebrew – even occasionally in English – on various walls and other sites.

Early Wednesday, two lines – ‘Death to Arabs’ and ‘price tag’ – were spray-painted in the center of Jerusalem as well. These lines may have been scrawled by Jews who are fed up with Arab violence and the wanton destruction throughout the capital.

Arabs have totally destroyed multiple stops of the new Jerusalem Light Rail, whose infrastructure has been demolished along the track serving neighborhoods in the periphery. 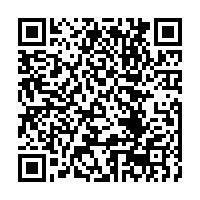