On Tuesday, the eve of the Day of Remembrance for the Fallen Soldiers of Israel and Victims of Terrorism, the Knesset held the “Songs in their Memory” event in the presence of President Reven Rivlin, Prime Minister Benjamin Netanyahu and hundreds of members of bereaved families.

The main national event on the eve of the Day of Remembrance was a joint initiative of the Knesset, Ministry of Defense’s Families and Commemoration Department and the National Insurance Institute’s Division for Terror Victims.

During the event, the stories of the following fallen soldiers and terror victims were told:

Yair Engel and Matan Polivoda, the Shayetet 13 soldiers who were killed in a diving accident;

Ben Vanunu, who was killed in Operation Protective Edge;

Abie Moses, who lost his wife and son and suffered severe burns during a terror attack near Alfei Menashe;

Lt. Col. Daniel Shipenbauer, the pilot who was awarded a citation for an operation in August 2006 and was killed in the helicopter crash in Romania;

Dafna Meir, who was stabbed to death in front of her teenage daughter inside their home in Otniel;

Border Police Cpl. Hadar Cohen, who was murdered during a terror attack at Damascus Gate outside of Jerusalem’s Old City after preventing the death of a fellow officer. 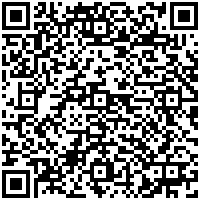