Saudi Arabia has extended by 25 days the detention of two women who had the audacity to challenge the kingdom’s ban on women drivers.

Perhaps Saudi officials think women drivers are dangerous and that giving them a license would hike insurance rates. More likely, they are afraid that allowing women behind the wheel would freak out males, for whom the illusion of being superior is sacred.

The women so far have succeeded in driving the kingdom mad.

A relative of one of the women drivers, 25-year-old Loujain al-Hathloul, told the Associated Press that “she wanted to highlight the absurdity” of the Saudi anti-women driver law.

A grassroots camping on behalf of the right of women to drive has drawn 355,000 followers on Twitter, and Loujain al-Hathloul filmed herself last week as she drove from the United Arab Emirates across the Saudi border.

Border guards took her passport and detained her.

It is not yet known if the women will be charged a criminal violation. 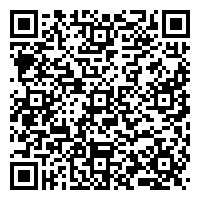