Yesh Atid Knesset Member Yifat Kariv Monday morning accused Prime Minister Binyamin Netanyahu of ordering a bombing attack on Syrian weapons headed for Hezbollah in order to scare Israelis that they need him as prime minister to protect the country.

“Netanyahu can’t put together an alternative coalition, so decided to choose the path of terror and fear-mongering to set fire to the Middle East,

What is really scary is that this woman, who was asocial worker before demoting to herself to the rank of Knesset Member, sits on the Knesset Foreign Affairs and Defense Committee, whose chairman is privy to the most secretive information in the country.

Intelligence Minister Yuval Steinitz on Monday, without mentioning her name, said that it was “ludicrous” for anyone even to suggest that the government authorized the bombing of Syria to gain votes.

He was being very kind to Kariv, who could be described with a few other adjectives not fit for publication. She gave Syrian President Bassar al-Assad an excellent excuse to accuse Israel of carrying out the bombing raid. Officially, the government has maintained the usual” no comment” stance on counter-terrorist actions against Syria and other countries.

Zahava Gal-On, who heads the left-wing Meretz party,  has more sense than to accuse Netanyahu of jeopardizing the entire country by bombing Syria for political points, but added that Kariv’s reaction shows “how little faith there is in Netanyahu’s government. 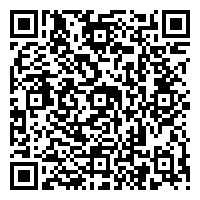