Samaria (TPS) – Amid the intense heat wave in Israel, the water crisis plaguing Samaria is taking an unprecedented toll as residents and community leaders scramble to find solutions for the water scarcity. To date, eight settlement communities have experienced water shortages and three have had no water at all last week.

“We’ve been saving water, not wasting a drop,” said Rachel Shalev of Elon Moreh, a community with over 1,600 people located in Samaria, northeast of Nablus. “We were told to limit the amount of water we are using. In my neighborhood there is water but there are other parts of the community where the running water isn’t working.”


“On Shabbat, at the synagogue, people were wondering if they’d have to go back to drawing water from a well.”

“Every moment that we have water, I thank God,” Shalev said. “But I’m not doing any laundry for now or taking any chances.”

In some cases, emergency water tanks as well as water bottles have been delivered at special water stations set up in settlement communities like Kedumim and Eli.

“We knew this was coming but we never expected the water issue to be this severe,” said Yisrael Ganz, deputy head of the Binyamin Regional Council to Tazpit Press Service (TPS). “We are at the height of this water crisis, which has left residents unable to maintain a normal way of life at this time.”

Arab residents of the region have been severely affected as well. Adalah, the Legal Center for Arab Minority Rights in Israel, sent a letter to the government of Israel claiming that Mekorot, the Israeli water company, has significantly reduced the amount of water that it supplies to the region since early June 2016.

Adalah provided TPS with the text that its lawyer, Muna Haddad, wrote to Israeli authorities.

“The reduction in water amounts and pressure prevents the filling of holding reservoirs in the Palestinian communities. As a result, in some of the communities, including the villages of Salfit, Azmut, Salem and Dir Al-Hatab in the northern West Bank, water flow to residential homes has been almost completely cut for more than two weeks,” Haddad wrote.

“The cuts have also caused factory shutdowns, damage to gardens and agricultural lands, and the deaths of livestock due to dehydration. The situation, exacerbated by a period of heavy heat over the past several weeks that is expected to continue through the summer months, is causing significant harm to West Bank residents,” Haddad added.

According to Oded Revivi, the mayor of Efrat and a Yesha Council representative, the reasons for the water shortage are varied and are sometimes influenced by ideological motives. “There is no dispute that both Jews and Arabs in Judea and Samaria are suffering from a shortage of water during these hot summer days,” he commented to TPS.

“The people behind the Oslo Accords foresaw this situation and drew guidelines to prevent specifically such a crisis,” he explained. “Unfortunately, the funds of the European community dedicated to this purpose did not reach its objective.”

Revivi believes that the only way to overcome the situation at the moment is to understand that money must be invested in the proper infrastructure so that drinking water can be provided for both populations.

“At the end of the day, it is the Jews and Arabs who live in this region that need to set rules and come up with a working system that will benefit both sides so that they can live side by side in a peaceful and beneficial co-existence,” he concluded. 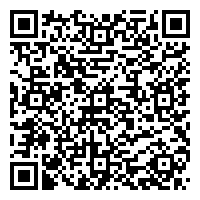