Dame Helen Mirren (Woman in Gold, Trumbo, The Queen, The Madness of King George) last Thursday met with Arab and Jewish theatre students at The Billy Crystal Program for Peace through the Performing Arts, at the Department of Theatre Studies at the Hebrew University in Jerusalem.

At the university’s Garage Theatre, Dame Helen heard from Arab and Jewish students in the Department of Theater Studies what it’s like to act in both Arabic and Hebrew. They then gave a live performance in both languages. She also visited the Theatre Archive and Museum, where artist-teacher Emanuella Amichai, an award-winning choreographer and performance director, introduced her work Place-Identity, with Israeli-Arab student Elham Mahamid, which was performed last year as part of the closing event of the Jerusalem Art Festival.


At the Hebrew University’s Steven Spielberg Jewish Film Archive, Dame Helen took a selfie with a picture of her good friend Billy Crystal. At the recent memorial service for Muhammad Ali, Crystal described the origins of The Program for Peace through the Performing Arts:

“[Ali] was an honorary chairman for a dinner in a very important event where I was being honored by the Hebrew University in Jerusalem… The most famous Muslim man in the world, honoring his Jewish friend. And, because he was there, we raised a great deal of money, and I was able to use it to endow the University in Jerusalem with something that I told him about. And it was something that he loved the theory of, and it thrives to this day. It’s called ‘Peace through the Performing Arts.’ It’s a theater group where [Jewish and Arab] actors, writers and directors all work together in peace, creating original works of art. And that doesn’t happen without him.”

The Billy Crystal Program for Peace through the Performing Arts is dedicated to promoting a humanistic society based on dialogic relations and peaceful coexistence between Jews and Arabs in Israel. Theater artists and students, both Jews and Arabs, participate in a wide range of laboratory classes, workshops, master classes and special projects and performances. This unique program functions as a social and cultural bridge encouraging understanding and identifying with the “other” through collaborative theatre work.

Dame Helen was welcomed at the Hebrew University by its President, Prof. Menahem Ben-Sasson; the Dean of the Faculty of Humanities, Prof. Dror Wahrman; Chair of the Department of Theatre Studies and Director of the Billy Crystal Program, Dr. Jeanette Malkin; Department Advisor, Dr. Olga Levitan; and Artistic Director of the Bilingual Workshop, Dr. Josef Sprinzak. 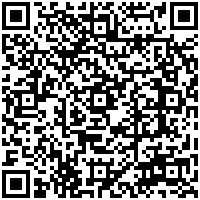