Weapons and bomb making equipment were found overnight in a raid conducted by the Israel Police Border Guard, in collaboration with the IDF and Shabak, at the Nur al-Shams refugee camp east of Tulkarm in Samaria, the police spokesperson’s office reported Sunday.

The raid, conducted in the home and the car of a suspect as part of security forces’ operations in Nur al-Shams, yielded two homemade firearms, as well as a large stash of bomb making supplies. The suspect, 18, was detained for further interrogation. 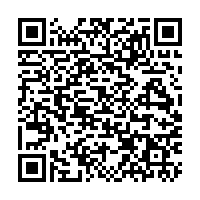