A large arms cache was uncovered in a raid by Israeli security forces of the Hebron suburb of Yatta late Monday night.

Numerous weapons were discovered during the search of the sprawling suburb, including a pistol, an M-16 assault rifle and ammunition cartridges.

The suspected owner of the arms is a known to police, sources told Ynet, adding that Israeli forces would arrest him “later.”

Yatta is still referred to as a “village” although today it is a town, by geographic area and population. 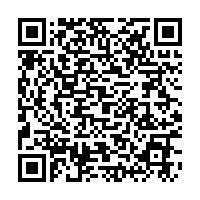