The IDF sealed up an abandoned apartment in Hebron today, while foreign left-wing activists and Arabs, with apparently nothing better to do with their time stood around filming the soldiers do their job.

The IDF sealed up this particular abandoned apartment as Arabs were sneaking inside and using it to throw firebombs onto the Jewish owned homes in the Beit Hadassah neighborhood next door, according to a Tazpit report.


Hebron’s Jewish residents also report that European leftists have also been trying to illegally settle inside the abandoned buildings.

But firebombs thrown at Jewish homes simply isn’t enough to get an anti-Israel anarchist out of bed in the morning with his or her camera.

As it happens, one of the Arab-thrown firebombs missed its target two weeks ago, and almost burned down an Arab-owned building, but the fire department was able to put out the blaze in time.

But again, Arabs firebombing Arabs also isn’t enough to get a foreign activist out of bed to film the event.

Apparently only the IDF sealing up a location used for terror attacks will get their ire up. 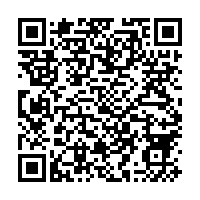