Israeli Prime Minister Netanyahu has decided to cancel his upcoming visit to the US, where he was supposed to speak at the AIPAC conference, as well as possibly meet with President Obama in the White House. Netanyahu will instead address the conference by satellite on March 20.

Among the reasons that Netanyahu cancelled his visit, was that it coincided with US President Obama’s visit to Cuba, and therefore the two would have been unable to meet during his time in the US. The AIPAC conference is from March 20 to 22, and Obama is to be in Cuba from March 21 to 22. The White House claims they offered to meet Netanyahu on March 18.


The Prime Minister’s office explained the cancellation, saying Netanyahu did not want to “travel to Washington at the height of the US election season.”

Netanyahu would like to avoid meeting US presidential candidates before the elections, so as not to appear as if he is interfering in the US elections. His presence at AIPAC would have been a magnet for the candidates.

And finally there is speculation that since the ongoing discussions on the “Memorandum of Understanding” – the military aid package and US-Israel military cooperation agreement – haven’t yet been concluded, there would have been nothing concrete to announce at any Netanyahu-Obama meeting.

Apparently though, the White House only learned of Netanyahu’s cancellation from the media, and are upset they found out that way.

Ned Price, a spokesperson for the White House National Security Council said they had been looking forward to hosting Netanyahu on March 18, and were surprised to learn from media reports that the meeting was cancelled, according to Reuters.

Price wrote in an email, “Reports that we were not able to accommodate the prime minister’s schedule are false.” 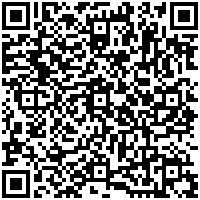