UPDATED: New information has been added at the end of this article.

A recently published list reveals who paid the Clintons how much over the last three years to give a speech, and it’s pretty embarrassing for the Jewish people. Not only because Jews ignore the past nastiness (remember the Suha smooch?) and open ear to ugliness against the Jewish state, but simply because they way overpaid.


The former Senator and Secretary of State, now presidential candidate, collected a total of over $21 million. The former President collected over $26 million during the same period.

The vast majority of the payments (the chart politely calls each payment an “honorarium”) were made by for-profit businesses or trade associations. For example, Morgan Stanley, the Global Business Travel Association, Bank of America and General Electric all forked over $225,000 to hear Clinton speak between 2013 and 2014. By 2015, when it was assumed that the former Secretary of State was not only going to be running for president, but might very well be the next president, her base fee began to inch upwards, with EBay shelling out $315K.

There are only a handful of actual charitable organizations on the list. And here’s the first piece of bad news for us: almost every single charity on the list – five in all for both Bill and Hillary – was a Jewish charity.

That means that money donated by people to promote a Jewish cause – Jewish education, religious observance, or Holocaust education – was placed by the leaders of these charities directly into the pockets of the Clintons.

There are no churches on the list, and no mosques, and not even any identifiable Christian or Muslim charities. The only religion whose officially identified religious institutions thought it was a good idea to pay hundreds of thousands of dollars for a single speech by a Clinton was Judaism.

But here’s the most depressing thing of all: we overpaid. Hillary’s standard fee is an impressive $225,000. That was the charge for the vast majority of her speeches. A few were more, some were less. But the maximum charge, extracted from only one customer, was a whopping $400,000, taken from the Jewish Federation in Chicago. The next highest amount was $335,000, paid by a Biotech trade association and by Qualcomm.

The staggering amount paid to Clinton by the Chicago Federation was first discovered last summer, when their tax returns were revealed. Just days later, the Federation explained that, essentially, “it takes money to make money.” It also made clear that the Federation had worked closely with, and hosted, many prominent Republicans as well as Mrs. Clinton.

Of course it is essential that the Chicago Federation work with leaders from both political parties and fundraising necessarily includes spending. But neither of those truths answer why a charity, any charity, but especially a Jewish charity, would pay more for Clinton for a single speech than corporate giants such as Deutsche Bank or Xerox or the National Association of Chain Drug Stores or the National Automobile Dealers Association.

At least those people were making an investment, and they’re in the business of making money. The charitable souls at the Chicago Federation ponied up $65,000 more than anyone else in the country.

UPDATE: Aaron Cohen, vice president of marketing and communications for the Jewish Federation of Metropolitan Chicago, contacted the JewishPress.com in response to the publication of this article. Cohen provided documentation that Clinton spoke to the Chicago Federation at both a luncheon and a dinner on Oct. 28, 2013, “thus the larger fee.” The information relied upon for this article was taken from the Clintons’ tax returns. 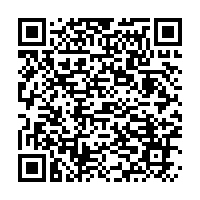