JERUSALEM –Reuven Rivlin was elected today by the Knesset as Israel’s 10th president.  One after the other, 119 Members of Knesset casted their confidential ballot for one of the five candidates. No one candidate received the required 61 votes, and so a second round between Rivlin who came in first, and Sheetrit, was required. After a second round of votes Rivlin was announced by Knesset Spokesman Edelstein as the winner with 63 votes. The left wing parties rallied around MK Sheetrit at the last moment, but Rivlin still gained the majority of voted his election.

Reuvin (Ruby) Rivlin was born in Jerusalem on September 9th, 1939. He is married to Nechama and has four children. He is a scion of a rabbinical family, a descendent of the students of the Vilna Gaon, the son of Yosef Yoel Rivlin and a member of the will known Jerusalemite Rivlin family.


Rivlin served as a Major in the IDF. He holds an LL.B. from Hebrew U in Jerusalem and practiced law.

Rivlin has been a politician since 1988, serving as a Member of Knesset for the Likud party. He has been most noted for his role as Speaker of the Knesset from 1988 – 1993. Rivlin has further served as Minister of Communications during the 15th Knesset.  Before joining the Knesset he served as Member of the Jerusalem Municipal Council.

Rivlin has been a presidential candidate in the past. He ran in the 2007 election for President as the Likud candidate. He withdrew after the first round of voting when it became clear that Shimon Peres had sufficient broad support to inevitably win in a run-off.

He has been a vegetarian since the late 1960’s. Rivlin is a well known of Beitar Jerusalem soccer fan, ever since he first saw a game of Beitar in 1946 when he was 7 years old. During every radio interview he “greets the listeners from Jerusalem.” 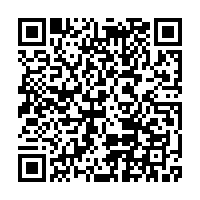