A woman, 17, an activist in the Returning to the Mount group, was arrested on Thursday morning on suspicion of violating the public peace, after she hung next to the entrance to the Temple Mount two signs protesting the closing of the site to Jewish visitors on Holocaust Remembrance Day under the guise of a Muslim holiday.

One of her signs read “No entrance to Jews and Dogs,” which was used to bar Jewish customers from businesses in Europe before and during the Holocaust. The other sign compared the closing of the holy site to Jewish visitors to the barring of Jews from public place in Europe in the same dreadful period.


Police arrested the young woman and hauled her to a nearby station where she was interrogated. Her attorney, Rehavia Piltz, from the legal aid society Honenu, said he expected her to be released and ordered not to set foot on Temple Mount and the area near the gate to the compound.

Piltz issued a statement saying, “It is a very serious matter that police do not permit Jews to protest the police own racist actions — preventing Jews from entering the Temple Mount based on their ethnicity.” 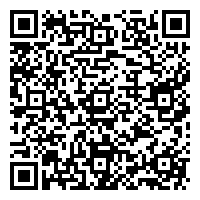