The Knesset on Wednesday marks 100 years of Jewish-American involvement in the pre-state Jewish community and in the State of Israel, with a series of committee meetings and events. The special day is an initiative of MK Nachman Shai (Zionist Camp-Labor), head of the Lobby for US-Israel Relations.

The Foreign Affairs and Defense Committee, headed by MK Tzach Hanegbi (Likud) will hold a debate on “US Jewry as a strategic asset for Israel’s security”; the Labor, Welfare and Health Committee, chaired by MK Elie Elalouf (Kulanu), will discuss US Jewry’s contribution to the advancement of weaker populations in Israel; the Education, Culture and Sports Committee, headed by MK Yakov Margi (Shas), will discuss the contribution of American Jews to educational enterprises and community centers in Israel; and the Committee for Immigration, Absorption and Diaspora Affairs, headed by MK Avraham Neguise (Likud), will hold a debate on US Jewry’s contribution to the settlement of the Land of Israel, the absorption of immigrants and the immigration of youth to the country.


During the day, an exhibition titled “Stripes, Stars and Magen David” will be launched in the Knesset’s Chagall Hall. Initiated and curated by the Ruderman Program for American Jewish Studies at the University of Haifa, the exhibition celebrates the ongoing commitment of American Jewry to the welfare and prosperity of Israel. It features 100 selected photos outlining the depth and breadth of Jewish American contribution to Israel, ranging from education, medical and social services, to financial support and political lobbying.

Later, a ceremony will be held in Chagall Hall in the presence of Knesset Speaker Yuli Edelstein, Prime Minister Benjamin Netanyahu, opposition leader Isaac Herzog, Jewish Agency Chairman Natan Sharansky, US Ambassador to Israel Dan Shapiro, and Richard Sandler, chairman of the Board of Trustees of the Jewish Federations of North America. 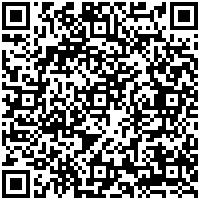