Three Yesh Atid MK quietly skipped out of the room when the vote came up for financing some settlement related expenses, in particular, reimbursing the residents of Beit El’s Ulpana neighborhood whom the government kicked out of their homes when it destroyed their neighborhood last year.

The three Yesh Atid coalition members did not inform anyone they were not going to be at the vote, and Gila Gamliel (Likud) noticed moments before the vote that the three were missing. She called MK Robert Ilytov (Yisrael Beiteinu) to come in to replace them, to ensure there was still a coalition majority.

If the opposition had noticed, the vote could have gone the other way.

Yesh Atid head, Yair Lapid, recently said in an interview, that he doesn’t care if the Palestinian Authority recognizes Israel as a Jewish State or not, contradicting the negotiating position laid down by PM Netanyahu.

Sources in Yesh Atid say the move was not preplanned, and the 3 MKs left the room for other reasons.”

The only question we have is for chareidi MK Dov Lipman (Yesh Atid), “Are you still so sure your views are aligned with the Yesh Atid party?” 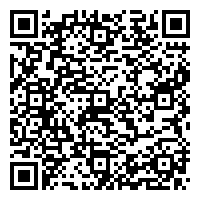