After the fall of the Muslim Brotherhood in Egypt, Hamas leader Khaled Mashal has been seeking out new partners to help support his Gaza based Islamic dictatorship and its ongoing terror activities against Israel and Egypt.

The military regime in Egypt has had almost enough of Hamas’s support for terror in the Sinai, and last week contemplated a direct military strike on Gaza. Epypt has been destroying Gaza’s terror tunnels in an attempt to stop the attacks against Egyptians in the Sinai.


Hamas leader Mashal met with Turkish PM Erdogan in Anakara this week to ensure and solidify Turkey’s support for Hamas.

Next week, Mashaal will be flying to Iran, for the first time in two years.

Iran’s financial support of Hamas has been dwindling over the past few years, and Mashal wants to get it back.

In order to help win Iranian support, Hamas is repositioning itself in favor of the Assad regime.

Mashal’s message this week has been for a third Initfada, and for everyone to point their guns and rifles at their united enemy – Israel. 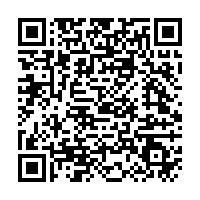