Israel Police are asking the public to help search for Aaron Sofer, 23, a yeshiva student who went missing around midday last Friday in the Beit Zayit area of the Jerusalem Forest.

Sofer is described as being 5’9″ (1.75 meters) tall, with a short red beard. He wears glasses, a white shirt, black slacks and a black yarmulka. Sofer is a permanent resident of Lakewood, New Jersey.

“Police units are still carrying out an intensive search for [him] in the Jerusalem Forest area where he disappeared,” Israel Police spokesperson Micky Rosenfeld told JewishPress.com on Sunday evening. “The background [is still] not clear.”

Apparently Sofer disappeared while hiking in the woods with a friend on Friday; the two walked down a steep slope, taking a diverging path, and subsequently he did not reappear as expected.

The second hiker called police to report Sofer missing within six hours — when it became clear that Sofer had not arrived back at yeshiva in time to prepare for Shabbat, at 6 pm.

Police search and rescue units, along with a K-9 unit, were deployed, along with helicopters for an aerial search, and continue to scan from the skies and on the ground below.

The ZAKA emergency response and rescue organization, along with the Israel Hatzolah first responder emergency medical organization were both called by police overnight on Shabbat to assist in the search.

Three Jerusalem neighborhoods are located along the edges of the forest: Bayit V’Gan, Hadassah and Ein Kerem. All three are located above and overlook the forested areas.

Dozens of volunteers went out in force searching for the student after the Sabbath ended on Saturday night, when rabbis and other community leaders announced he was missing.

Thus far, no trace has been found.

Anyone with information that might lead to knowledge of the student’s whereabouts is asked to please call 02-539-1520 or the Israel Police hotline at “100.”

The public is asked to pray for the safe return of Aharon ben Chulda. 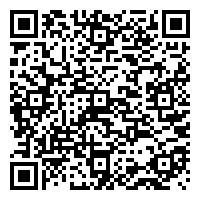