Shortly thereafter the IAF destroyed the launchers used in the attack.


The three injured were taxi drivers who were preparing to take a group of Gazans from the crossing to Israeli hospitals. Two of the wounded are still in serious condition. At least one of the patients was headed to Hadassah-Ein Karem hospital in Jerusalem, according to one of the injured drivers, who works for the hospital and is related to the victim.

The other two drivers were identified as residents of the Bedouin town of Rahat.

Meir Yitzhak was one of the Magen David Adom paramedics dispatched to the scene following the attack. Recounting the incident, Yitzhak told Tazpit News Agency that he was at home in Kibbutz Yad Mordecahai when he received the call.

“We evacuated the wounded to secure area close by. In the background, we continued to hear whistling and mortar hits,” Yitzhak added. Following initial treatment, the wounded were evacuated to Barzilai Hospital.

In response to the attack, the Israeli officials decided to close down the crossing for any use other than life-saving operations. The incident occurred several days after an announcement by Israeli authorities that a group of 17 injured Gazans would be taken by Israel to be flown to hospitals in Turkey. On August 19 an initial group of 19 were flown to Turkey, along with their relatives, at Israel’s expense. 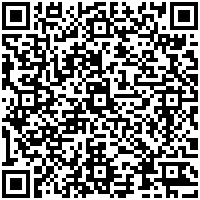