A senior IDF official said Wednesday that Hamas will try to “surprise” Israel in response to the organization’s diplomatic isolation, including in the Arab world. According to a report on Israel Radio, the officer said Hamas wants a ceasefire agreement that will give it a political victory.

According to a report on Israel Radio, the officer said the army has improved its effectiveness in eliminating rocket launchers, and that yesterday four terrorists were killed while shooting rockets.

Transportation Minister Yisrael Katz told Israel Radio that Israel must achieve two main goals for the current operation: The elimination of Hamas’ ability to fire rockets at Israel, and to halt the stream of aid to the Strip.

“It is crazy that we provide aid to the bitterest of our enemies,” Katz said.

The report also quoted MK Nahman Shai (Labor), who said the government is managing the current situation correctly and praised Prime Minister Binyamin Netanyahu. He said Israel was right to accept a ceasefire yesterday, and that the country should prepare a diplomatic and hasbara offensive to accompany the military campaign. 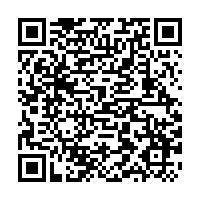