For almost two days now, the YouTube channel of MEMRI, the Middle East Media Research Institute TV Monitor Project, has been listed by YouTube as “terminated”.

MEMRI translates and exposes hate content from both mainstream Arab and Islamic terrorist’s media outlets, which would otherwise go unnoticed by the non-Arabic speaking public.


This was first reported by blogger Aussie Dave at Israellycool:

YouTube has terminated the invaluable MEMRITV channel for what it calls “repeated or severe violations of our Community Guidelines and/or claims of copyright infringement.” And from the looks of things, at the time of this post, MEMRI may not even be aware of it.

Which means some very important video footage with translations from Arabic may not be spread as far and wide as they deserve to be. And on a more micro level, a whole bunch of videos we have posted about – like our Jew-hating Jordanian buddy here – no longer work.

From what I understand, MEMRI can appeal the decision. The question of copyright infringement may come down to “fair use”, which I believe to be the case. As for any other so-called “violations” of YouTube’s Community Guidelines, I can only imagine they were flagged as being “hate speech” by enemies of freedom, simply for shining a light on the realhate speech out there. Which includes YouTube Channels of terrorist and hate organizations, which are allowed to continue unabated. 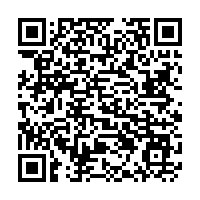