The former adviser served under the administration of then-President Jimmy Carter in the late 1970s, during the capture of 52 Americans in Iran who were held hostage in Tehran and the subsequent failed rescue mission, and the Soviet invasion of Afghanistan.


He also participated in negotiations for the Egyptian-Israeli peace treaty in 1979.

Brzezinski’s daughter is a host on the MSNBC “Morning Joe” talk show. She said her father passed away peacefully, but provided no details. Instead, she wrote on an Instagram post, “He was known to his friends as Zbig, to his grandchildren as Chief and to his wife as the enduring love of her life. I just knew him as the most inspiring, loving and devoted father any girl could ever have.”

The son of a Polish diplomat, Brzezinski was born in Warsaw in 1928, moving with his parents to Canada as a child when his father was posted there as a diplomat. When Poland was seized by the Communists, his family remained in the West. Brzezinski attended Harvard University, earning a PhD in 1953, and became a U.S. citizen in 1958.

He spent years in the world of academia prior to joining the Carter administration. This weekend, Carter said in a statement that he and his wife Rosalynn were “ saddened” to hear of his passing. “He was an important part of our lives for more than four decades and was a superb public servant.” 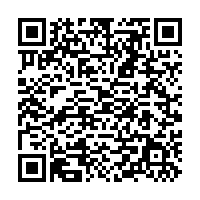