Experiments conducted recently at the Kaplan Medical Center in Rehovot, Israel, in collaboration with Zion Pharmaceuticals suggest a cure for the AIDS virus may be at hand, Israeli media reported Monday. Prof. Abraham Loyter of the Biological Chemistry Dept. at the Hebrew University, Jerusalem, who developed the active ingredient in the experimental drug, reported that the drug, Gammora, was injected in test tubes with blood taken from AIDS patients and HIV carriers undergoing treatment at Kaplan.

In eight days, according to Prof. Loyter, who is working in collaboration with Prof. Zeev Steger, head of Kaplan’s Naveh Or AIDS clinic, the virus in the test tubes was cut down by between 95% and 97%. It appears that the Gammora drug is “causing the death of HIV cells,” he says.


Today’s anti-AIDS drugs curb the growth of virus, but do not eliminate it completely, and patients continue to be carriers even after overcoming the disease. “In our approach, we eliminate the cells so there’s no chance that the virus will return one day because there are no cells, or there will be no cells, containing the virus,” Loyter explained.

We asked Kaplan Medical Center spokesperson, Ofir Levy, about the unique choice for the name of the new drug, “Gammora,” which sounds an awful lot like Gomorrah, as in biblical Sodom and Gomorrah, which could be someone’s idea of a pun. Levy said it was just a generic choice by the manufacturer, Zion Pharmaceuticals, for the experimental phase, which won’t necessarily stick for the final product.

The final product, Levy noted, the one that gets past the 97% kill rate all the way to 100%, is still eluding the team. They also haven’t yet tested the drug on real patients, so far it’s only been blood in test tubes.

The Kaplan AIDS clinic is the largest in Israel, caring for 1,400 patients. 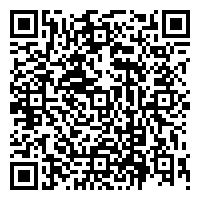