The PM describes these grants last Thursday as a kickstarter to the ailing Israeli economy, and urged everyone to go out and spend, spend, spend, to get the chain-wheels of the economy moving.


Using this mid-19th century image, the PM suggested that as Israelis flock with their found money to the grocery stores, the grocery store owners would in turn buy more supplies and hire back their laid off staff, who in turn would pay their rent and have some left for a night of dining out, where the newly rehired wait staff… well you, get the idea.

But the PM received harsh criticisms on two fronts: the economists said 6 billion shekel (about $1.75 billion) is just not enough to get those chain-wheels moving – it would likely take closer to 100 billion shekel; and the liberals, who accused Bibi of giving free money to fat cats who don’t need it, at the expense of the truly needy.

And so, following his meeting with the economic decision makers in his cabinet, Netanyahu issued a correction:

Also: individuals defined among the following populations will receive larger grants: those receiving support payments for convalescent care, handicapped status, income assurance, needy new immigrants (who have been in the country for at least two years), the unemployed over age 67 and the elderly who receive income supplements. 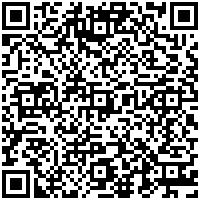