At the Oz veGaon nature preserve we are preparing for the challenges of winter and the strengthening of this strategic point overlooking the Gush Etzion Junction with a special fundraising campaign   These days, the Women in green movement is starting a broad-based fundraising campaign to finance preparations for the stormy winter days at Oz veGaon and to reinforce its security arrangements.


Women in Green Final from CauseMatch on Vimeo.   The heads of the movement, Yehudit Katsover and Nadia Matar explain the matching campaign that will take place during a period of thirty hours, beginning this coming Tuesday December 20th 2016. It is a mass fundraising drive to finance the reinforcement and strengthening of the preserve that was established more than 2 years ago in memory of the three youths that were abducted and murdered (Gil-Ad , Eyal and Naftali, hy”d) on the night that it was discovered that they had been murdered.

“With the help of thousands of youths and volunteers, the preserve has become an active educational-tourist site and a thriving and flourishing cultural center. On the night that the bodies of the youths were found, we went up to the place and found it abandoned and neglected, used for criminal activity and drugs by the youths from the Arab villages in the surrounding area, and a place where people from these villages had used as a trash heap”, say the two women. “Since then, thousands of volunteers have rolled up their sleeves for the work of preparing the place to become a nature preserve.

Garbage was removed, paths were paved, tourist and recreational equipment were set up at the place, the Forester’s House in the center of the preserve was cleaned, improved and designated as a synagogue.  The volunteers and youths who came from all areas of Israel, and even from abroad, showed their love for the Land of Israel with their hands and feet, and the place became a center to visit and enjoy the accommodations for tourists, visitors and soldiers that serve in the Gush Etzion area”.

Along with cultural events, a Torah study house for women, family events, large holiday events and lectures and speeches that have been held at the place, one can also find among those who have come to the preserve over the past two years, public figures and spiritual leaders, politicians and statesmen, among whom are Ministers Naftali Bennett, Yariv Levin, Miri Regev, Knesset Speaker Yuli Edelstein and many others.   Click Here to Explore this Campaign.   People who pass through Gush Etzion Junction on their way to the communities of the Gush and South Hevron Hills testify to the dramatic change that has taken place since the preserve was established. “The obvious Jewish presence at the place radiates security. The residents of the communities of the area go on foot to the place feeling safe, also because of the expanded Jewish area of contiguity”, say Katsover and Matar and note the involvement of Gush Etzion Council and its acting head in assisting Women in Green with the preparation and realization of the preserve.   With the approach of winter, Women in Green invites members of the general public to mobilize themselves for the project of strengthening the preserve and to join in funding the acquisition of essential means to defend the place and continue its activity.

As we were making plans for the fundraising campaign, it was reported in the media that a gang of terrorists was captured from Beit Fajjar, the Arab village next to the preserve. As was ascertained in their investigation, both were involved in preparing Molotov cocktails and improvised weapons in preparation for carrying out terror attacks. This would have entailed throwing rocks and Molotov cocktails at Oz veGaon and the Migdal Oz community. “The security apparatus at Oz veGaon requires a serious upgrade; additional security lighting and security cameras are necessary to ensure the safety of the many visitors” state Katsover and Matar.   LINK to the Campaign: https://www.causematch.com/en/projects/wig/?ref=269   “We call on the public at large to come to our aid and to join in the project of strengthening the preserve. Winter conditions on the hills of Judea combine bitter cold with frequent power outages that make it difficult to keep the paths lit and to provide adequate heating at the preserve. Against all of this and the hostile Arab villages in the area, as well as the threat of terror arson, we will not weaken and we will not surrender. This is precisely the time when we need your help in maintaining and strengthening the place”, say Katsover and Matar.   The two women enumerate the objectives that they have set for the fundraising campaign:

As noted, because of the offer of special matching that the movement has received – all money that is donated toward these objectives will be doubled by donors who wish to remain anonymous. However, the campaign is “all or nothing” – only if the target amount is reached by the end of the thirty hour period of the campaign will the donations be doubled, but if the amount is not reached then even that will not be donated, and we at Women in Green prefer not even to think about this possibility.

Every donation will have a strengthening effect, and now, every effect will have double the influence. Don’t minimize the benefit of any donation – even some tens of shekels. Every shekel will be doubled and bring us another step closer to the goal of the campaign”, say Katsover and Matar and emphasize: “the fortification of the preserve and strengthening of the communities in general is the appropriate and Zionist response to the wave of terror that the Jewish People has been contending with in recent times. We call upon you to join us in this campaign for Oz veGaon”. 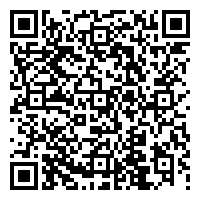