A federal court released its decision regarding whether it is permissible for the United States to refuse to enter “Jerusalem, Israel” on the passport of an American born in Jerusalem on Tuesday, July 23.  The result was not unexpected.  The court decided that a portion of the Foreign Relations Authorization Act, which congress enacted in order to allow Israel to appear alongside Jerusalem on such a passport, was an unconstitutional law.  The basis for that decision was that in enacting that law, congress had impermissibly intruded upon the exclusive power of the Executive branch to conduct diplomatic relations with foreign entities.

But the surprise, and the anger – for those who disagree with the decision – should be directed at the Executive branch for its long–held position that Jerusalem is not part of Israel.  And we learn in this Opinion, what is driving this long-held position. It is a fear of anger and violence if the U.S. does something to “undervalue” “Islamic rights in Jerusalem.”


Got that? The U.S. is afraid of undervaluing “Islamic rights in Jerusalem.” Perhaps the decision makers in the U.S. Department of State and all the Secretaries of State never had the opportunity to view the very important interview of Arabic Studies professor and scholar Mordechai Kedar gave to an Al Jazeera anchor.  See that interview at the end of this article.

Congress sought to correct what it viewed as an incorrect decision by the Executive branch. But the judiciary branch could not allow that.

Menachem Zivotofsky was born in Jerusalem to American parents.  Shortly after his birth, Zivotofsky’s parents applied for a passport for him.  In the application, Zivotofsky’s mother listed his birthplace as Jerusalem, Israel.

But the U.S. State Department issued the child’s passport listing only Jerusalem – no country was listed – as his place of birth.

That year, 2002, Zivotofsky’s parents filed a lawsuit against the State Department on their son’s behalf, seeking to have a passport issued to their son which would list, as requested in the original application, Jerusalem, Israel, as the child’s birthplace.

This case has traveled up and down the federal court system, stopping in some courts more than once.  It even reached the U.S. Supreme Court where a subsidiary issue was heard two years ago, before being sent back down the court system for further development.

The Court of Appeals for the D.C. Circuit declared unconstitutional a portion of the 2002 Foreign Relations Authorization Act which would permit a passport to be issued listing as the place of birth Jerusalem, Israel for  Zivotofsky and others in his position.

This is the relevant portion of the FRAA which the court declared unconstitutional:

(d) RECORD OF PLACE OF BIRTH AS ISRAEL FOR PASSPORT PURPOSES. For purposes of the registration of birth, certification of nationality, or issuance of a passport of a United States citizen born in the city of Jerusalem, the Secretary shall, upon the request of the citizen’s legal guardian, record the place of birth as Israel.

What the court did was – not surprisingly, even if one disagrees with the result – rule that congress exceeded its powers by passing legislation which, the court found, wrongly interferes with matters over which it does not have ultimate authority. That exclusive authority instead rests with the Executive branch. The power to recognize the sovereignty of another country and to determine foreign policy, is one of the powers which the U.S. government’s separation of powers doctrine grants to the Executive branch.

What is significant about this case is not that the Court of Appeals has ruled that Jerusalem is not part of Israel.

The more interesting question is why the Executive branch is so set against even something so small as to allow a child’s passport to state that when a child was born in Jerusalem, he was also born in the country of Israel.

The D.C. court noted that it has always been the position of the Executive branch to remain neutral on the question of who has sovereignty over Jerusalem.  It quotes from the State Department’s Foreign Affairs Manual which was in effect in 2002, when Menachem Zivotofsky was born and when his parents sought to have his passport list Jerusalem, Israel as his birthplace.  The FAM explicitly states that, “for an applicant born in Jerusalem: ‘Do not write Israel or Jordan’ on his passport.”  It also states that “Israel ‘[d]oes not include Jerusalem.'” 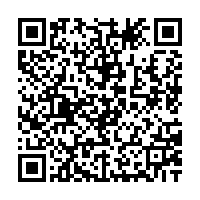