The Norwegian daily newspaper Dagbladet said Jewish reactions to its caricature on circumcision “are similar” to riots that erupted over cartoons mocking Mohammed eight years ago.

Referencing Denmark’s Jyllands-Posten caricatures of Mohammed in 2005, Dagbladet wrote in a statement, “We now have similar reactions to a cartoon that Dagbladet printed last week.”


Several people died in what The New York Times termed “a wave of violent protests by Muslims” in the Middle East and Europe over the caricatures mocking Mohammed.

Last week, several Jewish organizations condemned the Dagbladet caricature, which showed two people, who were widely perceived to be Jewish because of their clothing, maiming a child with a fork and bolt cutter while holding a book and professing their faith.

Dagbladet has justified itself and criticized the Jewish reaction by simply re-defining anti-Semitism as love for Jews. The caricature was not at all against Jews, said the paper, which went on to claim it actually is champion of snuffing out anti-Semitism.

Not only that. It seems to understand that the anger of Jews is a camouflage for some kind of evil intentions.

“The groups which said the circumcision caricature was anti-Semitic “leave little room for nuances and reflections,” the paper wrote in a statement published this week on its website.

“They claim that this is proof of Dagbladet’s anti-Semitic views. We come from a different angle and have a different interpretation of the cartoon,” the statement read. “It is important to distinguish between friend and foe when considering this question of values. Dagbladet has a long and consistent history of fighting anti-Semitism.” 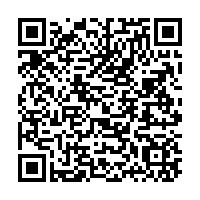