Dershowitz spoke by telephone to a reporter with The Jewish Press, on Monday, April 8, in response to the news that the Cardozo School of Law’s Journal of Conflict Resolution will be honoring Carter with the “International Advocate for Peace” Award this Wednesday, April 10, as reported that morning.


During the course of the interview, the law professor recounted the widespread death and devastation caused by Carter’s efforts at “human rights.”

“What should be discussed is not Jimmy Carter’s role as a peacemaker, but instead it should be his role as a deal breaker,” said Dershowitz.  He then proceeded to tick off the bases for his reasoning.

“First, it was Carter who advised Yassir Arafat not to accept the peace deal offered in 2000-01.  That failure led to the deaths of more than 4000 Israelis and Arabs.”

“Secondly, by encouraging and supporting Hamas, and always placing the blame on Israel, Carter has guaranteed the continuation of terrorism.”  Indeed, “Carter has embraced Arafat, he’s embraced Mashaal, why, he’s never met a terrorist he didn’t love, and never met an Israeli whom he did.”

“And third,” the professor said, “it was Carter who was responsible for not acting to prevent the death of two million Cambodians at the hands of Pol Pot.  Carter was the president of the United States and yet he did not intervene in that slaughter, he did not lead and prod the United Nations to take action.”

Dershowitz paused, to sum up, “Carter has prevented peace, encouraged terrorism and done more than anyone else to isolate and demonize the Middle East’s only democracy, Israel.”

“Jimmy Carter has distorted the very meaning of human rights, he has turned the concept on its head, what he does should be called ‘human lefts.'”

“The way human rights should be addressed is based on ‘worst, first,’ you deal with the most egregious wrongs, the worst kind of abuses committed by governments first,” Dershowitz explained.  “He’s turned everything upside down.  Instead of Israel, just look over a little to the south, “Saudi Arabia is the worst human rights violator in the world: sex segregation, gender preference discrimination, religious discrimination,” that’s where a real human rights activist would focus, said the law professor.

“But Jimmy Carter was bought and paid for by the Saudis.  The Carter Center stopped criticizing the Kingdom of Saudi Arabia when the Saudis started funding it.”

So what should be the plan of action with respect to the Cardozo award?

Dershowitz started out by suggesting that when Carter comes to Cardozo, leaflets should be distributed to everyone, including the former president, detailing Carter’s human rights records.  But his thoughts continued to develop as he spoke further about the many “failures Carter has orchestrated.”

Turning again to talk about Yassir Arafat, Dershowitz, more slowly this time, explained how Arafat had gone to seek advice from Jimmy Carter, in the run up to Camp David.  “And Jimmy Carter advised Arafat not to accept the peace accord.”

“We’d be celebrating 10 years of peace already had Carter not given that disastrous advice to Arafat.  Jimmy Carter is primarily responsible – along with Arafat – for the deaths since that time.”

“What’s more,” Dershowitz continued, “Jimmy Carter has not only sown death and destruction by inserting himself in global conflicts, his actions themselves are illegal.” Dershowitz was referring to the Logan Act, passed in 1799 in the wake of the XYZ Affair, which made it a crime for private citizens to conduct foreign policy.

Finally, Dershowitz settled upon the best course of action.

I will come, at my own expense, to debate Jimmy Carter on Carter’s own human rights record.  If Cardozo will have me, I will come and provide the students, the administration and anyone else that is interested, with a first rate debate about the meaning of human rights and they can decide whether what Jimmy Carter has done, constitutes human rights or human wrongs.

So, Dean Diller, other administration and faculty, and students on the Cardozo Journal of Conflict Resolution: here is your opportunity to resolve this particular conflict.  Jimmy Carter, by all means! come to Cardozo and talk about human rights, but be prepared to have a full discussion, a debate even, with Alan Dershowitz on the topic. 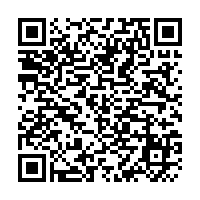