The Simon Wiesenthal Center sent a warning to officials at San Francisco State University on Monday, Dec. 2, advising them of a potential threat to Jewish students there.

The basis for the warning was the posting on the social media forum Tumblr which appears to be by the president of San Francisco State’s General Union of Palestine Students, Mohammad Hammad.


The photo shows Hammad with a knife, beneath which is the caption, “I seriously can not get over how much I love this blade.  It is the sharpest thing I own and cuts through everything like butter and just holding it makes me want to stab an Israeli soldier.”

The AMCHA Initiative, the co-founder of which has been featured in The Jewish Press for her tireless work in exposing anti-Semitism on California campuses, first found the photo and threatening language.

Earlier this month, AMCHA discovered that GUPS was involved in another event at SFSU at which students were encouraged to create art projects using a stencil bearing the image of a notorious terrorist and another stencil that stated “MY HEROES HAVE ALWAYS KILLED COLONIZERS.”

Both AMCHA and the Wiesenthal Center contacted SFSU President Leslie Wong over the past several days, warning her that statements such as the one allegedly issued by Hammad, especially given the other recent event in which GUPS was involved that also glorified killers of Jews, potentially constitute a threat to the university’s Jewish students.

The Wiesenthal Center told Wong and issued a public statement that “it is outrageous and unacceptable that the leader of a university-funded group would invoke a message of death and violence.”

“How can Jewish students feel safe on a campus where the leader of a university-sanctioned and funded student organization, known for its antisemitic activity, has publicly proclaimed his desire to stab an Israeli soldier?

“President Wong needs to take immediate and firm steps to ensure the safety and well-being of Jewish students at San Francisco State,” Tammi Rossman-Benjamin, co-founder of the AMCHA Initiative, told The Jewish Press by email.

The photo and violent statement disappeared from Hammad’s account after the two Jewish groups contacted Wong, but a cached version of the picture on Tumblr remains. 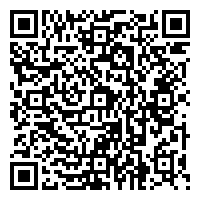