Israel has long been a nation without a home at the United Nations.  The UN member states are divided up into regions, with committee membership and plum assignments being meted out according to those regions.

Israel, located as it is in the Middle East, geographically falls within the Asian group; that is where every one of its neighbors sits.  But the Islamic countries which constitute the majority of the Asian regional group would not abide having Israel as a member of its group.

The UN accepted this refusal.

That is why Israel has sort of been rotating about in a nether universe, not really in one group, and not really in another. In 2000, Israel became a member of the West European and Others Group (WEOG) but only as a limited member – only in New York, but not in Geneva, where much of the UN official work takes place.

But this week it became official. More than 60 years after becoming a member of the United Nations, Israel will officially join a regional group, with all the rights and privileges of such membership.  Israel will be officially in the West European and Others Group (WEOG) – in Geneva as well as in New York – as of January 1, 2014.

U.S. Secretary of State John Kerry stated in a press release issued on Dec. 2, that Israeli membership in WEOG in Geneva was “long overdue.” His statement continued:

It goes without saying that at a time when the scourge of global anti-semitism is on the rise, it is more important than ever for Israel to have a strong voice that can be heard everywhere. This is a particularly welcome development as we work to end anti-Israel bias in the UN system. We will continue to speak out for our close ally, Israel, and we will continue to support efforts to normalize Israel’s treatment across the UN system as a full and equal member of the community of nations.

No word on why Islamic member nations of the UN have been permitted to bar Israel, a geographic neighbor, from membership in a regional group, or how that comports with the UN Charter. 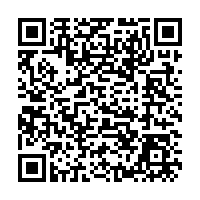