Since Tuesday’s attack on Brussels’ airport, the Israel Airports Authority has clocked dozens of calls from airport security and management elements around the world, asking for consulting support for airport and flight security, Walla reported. “Over the past 24 hours there has been a rise in calls on airport security from Europe, the US and Africa,” a senior official at the Airports Authority said. “The emphasis in the calls is the desire to learn Israel’s method of passenger profiling,” the official said, adding, “the calls have been coming from all levels of hierarchy.”

Much of Israel’s success (tfu, tfu) in detecting and blocking attacks on airports and on individual flights is heavily based on profiling, combined with a regular flow of intelligence data regarding anti-Israeli suspects. This could pose a problem for non-Israeli security services because many Western countries, including the US, specifically prohibit their security forces from using profiling, which is commonly viewed as racial profiling — the act of suspecting or targeting a person of a certain race based on a stereotype about their race. According to Minnesota House of Representatives analyst Jim Cleary, “racial profiling occurs whenever police routinely use race as a factor that, along with an accumulation of other factors, causes an officer to react with suspicion and take action.”


The Israeli profiling approach trains and encourages security personnel to rely on their impressions and gut reactions in processing passengers, while allowing for the fact that this gut reaction would often be triggered by the ethnicity of the suspect, meaning they are Arab.

The Ben Gurion International Airport security watch begins before passengers reach the departures area. Passengers encounter the first security checkpoint in their car, at the airport’s entrance, where security personnel check passengers and the people who accompany them. They are authorized to pull cars aside and conduct searches. At the departures area, spotters seek out suspicious passengers and have the authority to check them on the spot. Security personnel have access to passenger lists, which they cross check with regularly updated lists of suspects under surveillance, and send alerts regarding passengers who must undergo a detailed security check.

Israeli security checks do not stop at a passenger’s luggage or even their person — agents are authorized to instruct passengers to open their email accounts or Facebook pages for an inspection. More than a few Arab passengers looking to enter Israel have been rejected based on their online activity.

In European and American airports, by comparison, the security check begins only after passengers have completed their check-in, and line up with their carry-on luggage to be processed by security personnel. This means that the entire area before the check-in counters is fair play — as was the case in Brussels — and the area past the counters, where duty-free shops, bars, restaurants and newsstands are located, is equally exposed and vulnerable.

Pini Shif, the former head of security for the Israel Airports Authority, said that “in terms of airport security, the Europeans are 40 years behind Israel.”

Israel’s Channel 2 News on Wednesday reported that Israeli security officials whose job is to assess safety issues in international airports that operate flights to Tel Aviv have warned about “significant shortcomings” at Brussels’ Zaventem Airport.

Israeli Transportation Minister Yisrael Katz on Wednesday said the Belgians were too busy “eating chocolate and enjoying life” to identify the terrorists in their midst. 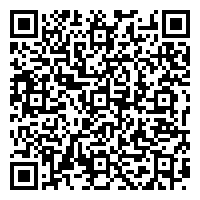